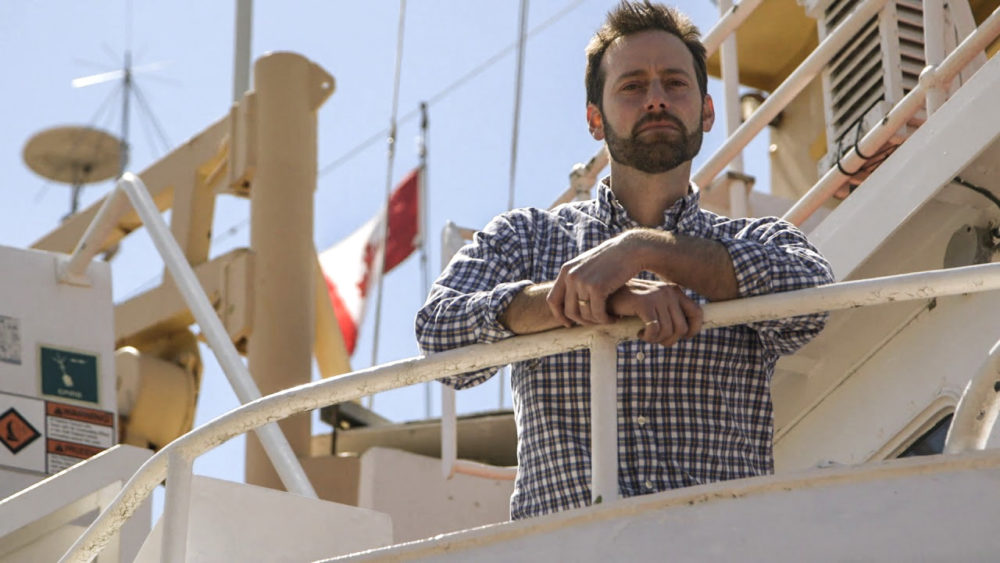 As demand in the ocean tech sector for experienced and skilled mid-career workers grows, COVE is looking to fill the gap with the launch of the Veterans Career Pivot Pilot.

The 8-10 months program aimed at helping Veterans successfully transition to careers in ocean tech will take participants through a 4-month training and development program at the Nova Scotia Community College (NSCC). Then, participants partake in an employment placement with a marine company, with the ultimate goal of getting a job in the ocean sector.

Envisioning the outcomes of this program is not difficult to do. One of COVE’s first tenants, LeeWay Marine, led by CEO and former Navy member Jamie Sangster, is a shining example of the positive impact Veterans are having in the ocean tech sector, and one that helped inspire the development of the Pilot.

Jamie joined the Canadian Navy directly out of high school, attending the Royal Military College for a degree in mechanical engineering. He moved around working on different ships and received a Master’s in Naval Architecture from the University of London before returning to Canada.

Around the 20-year mark of his career, Jamie felt like he had reached a crossroads. Wanting to keep his family stabilized on the East Coast, he decided to leave the Navy and make the transition to ocean tech.

“There are a lot of factors that go into that decision,” said Sangster. “But ultimately I reached a point where I said I need to branch out and bet on myself.”

Jamie founded Leeway Marine in 2015 with a team of other ex-navy professionals who were newly retired or on the verge of retirement. Their goal was to start a company focusing on the emerging commercialization of technologies and hydrographic surveying, which remains a key component of LeeWay today.

The company now has 12 full-time staff in the office, with another 30-35 people on its five vessels operating throughout eastern Canada and the US.

Jamie is one of the multiple veterans who has inspired the Veterans Career Pivot Pilot. Propelled by his experiences in the Navy, Jamie has successfully established himself as a major player in Nova Scotia’s ocean tech ecosystem. He feels other Veterans are primed to do the same.

“In my experience, people in uniform tend to be autonomous and driven individuals. That lends itself well to transitioning whether it’s starting your own business or moving into a new business that has some similarities,” said Sangster. “I think there’s also a preparation piece, understanding the importance of detailed mission planning and flawless execution. They’ll do their research, understand what the opportunities look like and how to make it all work.”

Jamie acknowledges that sometimes deciding to take the leap is more difficult than the transition itself. Understandably, leaving a career you’ve known for most of your life can seem daunting. However, the opportunities that exists – specifically in ocean tech – are cause for excitement.

“The transition is not hard. People can sometimes build it up in their minds, but the transition is as easy as handing in your ID card and walking out the front door,” said Sangster. “The days I had in the navy, the things it offered me, the things I learned and the people I’ve met – I cherish it deeply. But it’s full speed ahead when you pass in your card, which to me isn’t scary at all, it’s exciting.”

Having experienced it, Jamie sees the connection between the experiences of Veterans and the opportunities the Career Pivot Pilot will provide.

“Moving into the ocean technology sector makes a whole lot of sense,” said Sangster. “My hope is that others get the opportunity to do something similar to what myself and my colleagues have done here at LeeWay.”

Are you or someone you know potentially interested in the Veterans Career Pivot Pilot? Contact Tanya Lush at tanya.lush@coveocean.com to learn more.