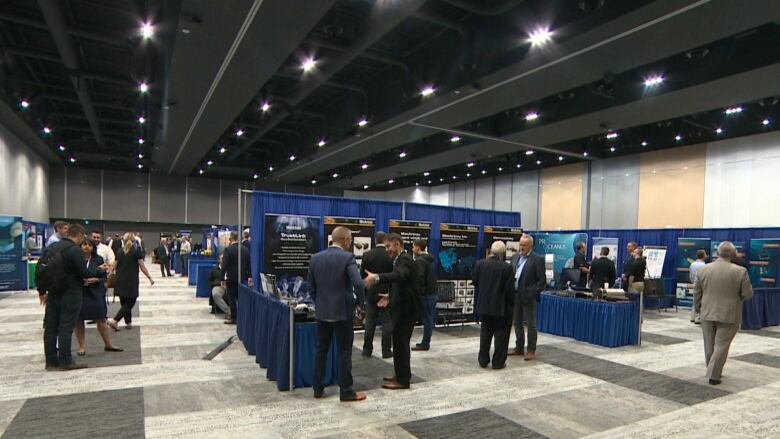 This June, Halifax will once again play host to Canada’s premier event for the ocean technology sector.

The H20 Conference and COVE’s Demo Day provides the opportunity for ocean tech companies here in Nova Scotia and around the world to engage, collaborate, and partake in a series of educational programming related to the ocean sector.

The Conference, run by the Ocean Technology Council of Nova Scotia (OTCNS) in partnership with the Government of Canada, the Province of Nova Scotia and COVE is expected to be the largest in its seven-year history.

“This year, I’m expecting us to hit 600-700 attendees, continuing the conferences growth year to year,” said Chris Bourque, Executive Director of OTCNS. “We have room for 65 booths but might be pushing that out to 80 given the current interest. This is the single biggest concentration of ocean tech companies in Canada at one place at one time.”

The three and half-day conference will cover several topics, including government outlook and industry led topics such as application and big data, sustainable development goals, offshore wind and supply chain, and skills and workforce.

There will be additional sessions throughout the week, including “Business in Canada” with an investment attraction pitch for international attendees, and a session led by the German-Canadian Chamber of Commerce to encourage further collaboration between the two nations. A gala dinner on Wednesday night will include an address from keynote speaker CSA Astronaut Colonel Jeremy Hansen.

“The focus of the conference is really on getting local companies to see each other, collaborate, and bring in some international attendees who are targets for a lot of these companies,” said Chris. “There’s also a promotional piece to educate our government on what the sector is up to.”

On Thursday, the final day of the conference will be highlighted by COVE’s Demo Day, an opportunity for companies to demonstrate the latest innovations in ocean tech.

“The purpose is to showcase technology in the ocean tech space, and to showcase Canadian excellence in the ocean economy,” said Sagar Jha, Ecosystem and Partnership Manager at COVE. “Everyone who registers for the H20 Conference has the opportunity to attend Demo Day.”

Sagar and the team at COVE are in the process of confirming Demo Day participants, but expect the demonstrations to include marine sensors, fisheries tech, vessels, and surface and underwater robotics.

“Demo Day will provide the opportunity to witness interactive and engaging demonstrations in ocean tech and successful examples of multi-stakeholder collaborations in action,” said Sagar. “But also, it’s just going to be really fun. These are going to be demonstrations that just don’t happen very often.”

Demo Day will cap off what promises to be an ocean technology event like no other in Canada. From connecting with leading ocean companies around the world, learning from industry leaders, to witnessing the latest technology live in action – where else would you rather be?

1
COVE Prioritizes Diversity In This Year’s Round Of WIL Digital Placements
2
This company is imagining the future of flooding in Mahone Bay | CBC News
3
Marine Technology Society | Marine Studies Scholarships
4
Why Canada Is Making Waves in Ocean Sciences
Contact Us
Discover your opportunities in ocean tech with COVE.