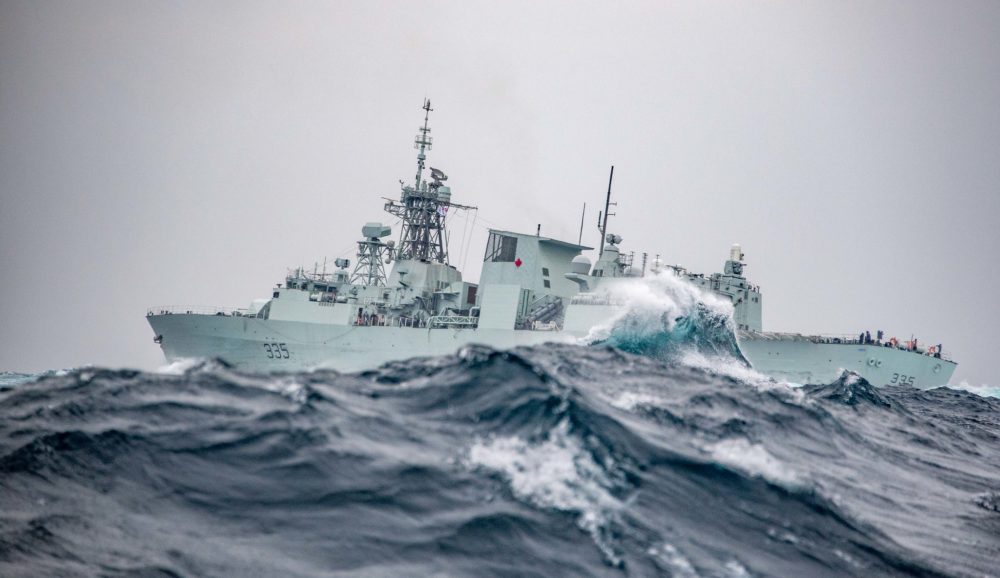 With a 13-acre waterfront facility located on Canada’s deepest harbour, COVE provides one of the best spaces in the world to turn ideas into commercial solutions. It is these aspects of COVE that make it an ideal location to host the Innovation for Defence Excellence and Security (IDEaS) upcoming Corrosion Detection in Ships (CDIS) Sandbox.

IDEaS is an access to innovation program of the Department of National Defence providing five funding mechanisms to assist Canadian innovators in solving defence and security challenges. The program accelerates concepts and propels solutions forward, building a defence innovation ecosystem.

“When National Defence has problems or questions, we take those and build them in the form of a challenge for Innovators in Canada,” said Eric Fournier, Director General of Innovation for National Defence. “The Sandbox is one of the tools we have to look at the proposed technologies or solutions.”

A new technology passes through nine technology readiness levels (TRLs) before reaching the final product, from the basic principles of a concept being observed and reported at level one, to the technology being proven through successful deployment in an operational setting at level nine.

At level six, the system/subsystem model or prototype is demonstrated in a simulated environment. It is at this level where the IDEaS Sandbox comes into play.

“Sandboxes are like the parking lot equivalent while learning to drive a car – you can try something, but there’s not much traffic around if it doesn’t work out. You get to do some initial testing of whether or not something is working and what areas still need improvement,” said Tom Hughes, Sandbox and Test Drive Manager at IDEaS. “With COVE, you have the space available to do it in, but also a network of companies who are used to working on things that are different and innovative. There are intangible benefits to creating some linkages between what we call non-traditional defence partners who maybe haven’t considered themselves to be part of that environment before.”

The Corrosion Detection in Ships (CDIS) Sandbox at COVE will focus on the technologies used to detect and assess corrosion on ships for the Royal Canadian Navy.

“You want to try to minimize the amount of maintenance you need to do by preventing corrosion in the first place if you can, but you can’t prevent everything, so it’s about detecting it in advance so you can fix the issue before it becomes too severe and so that when it goes into scheduled maintenance there are no surprises,” said Hughes.

While all ships inevitably rust, earlier detection of corrosion can help minimize maintenance, more effectively an accurately schedule maintenance, and increase operational usage of a ship.

“One of the biggest purposes for a program like this is for innovators across Canada to know that we are here. When we post these challenges through our IDEaS webpage, we want as many people as possible coming forward with their expertise and proposals,” said Fournier. “We need innovators out there to ensure the Canadian Armed forces has the best capability to do its job.”

The CDIS Sandbox will run at COVE from April 25 to May 20. To learn more, please visit https://www.canada.ca/en/department-national-defence/programs/defence-ideas/understanding-ideas/sandbox/corrosion-detection-in-ships.html.