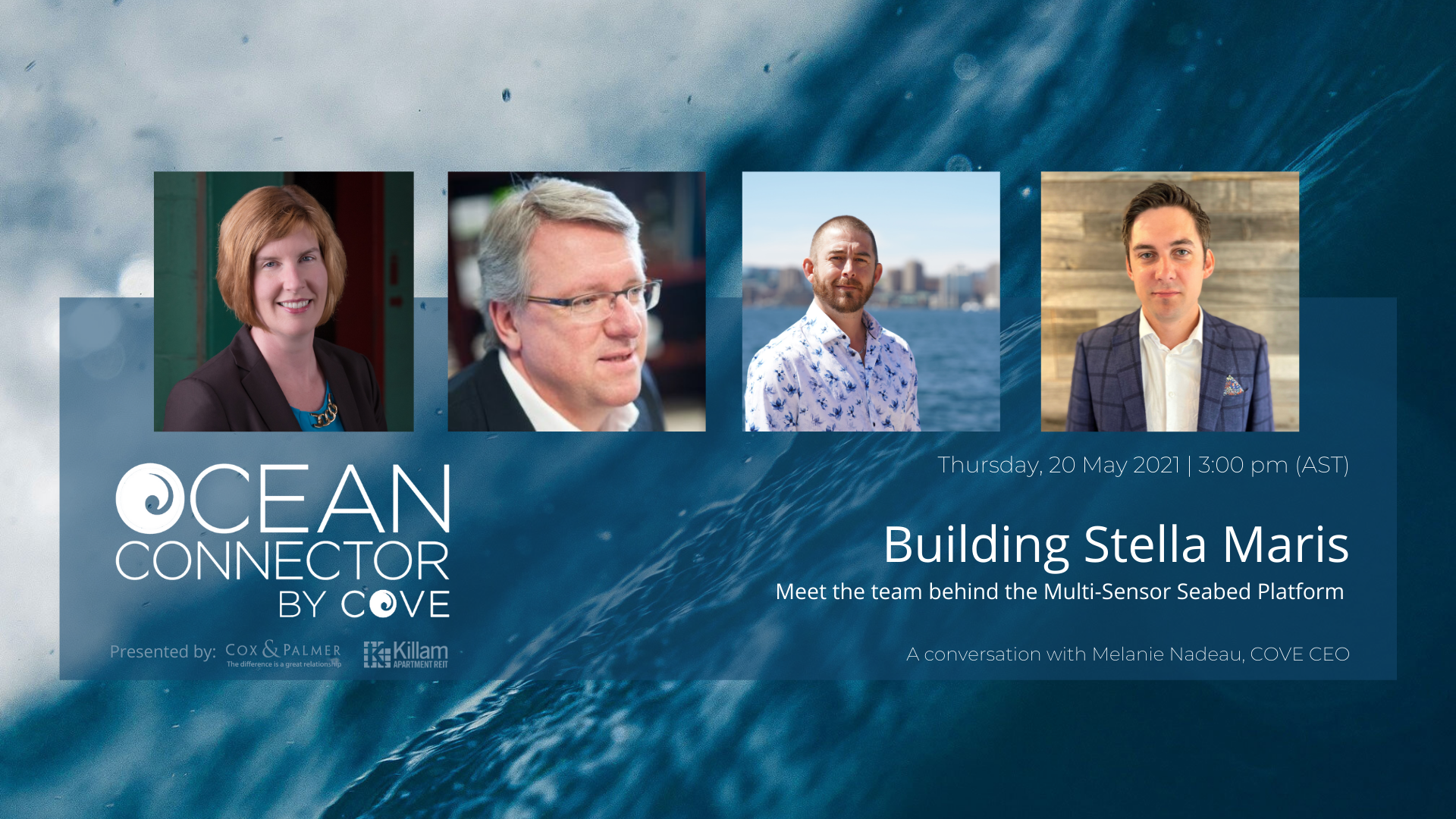 Four engineers and a physicist discuss the creation and build of one of the most sophisticated ocean platforms – the Stella Maris.

Join us at this month’s Ocean Connector as we talk to the team behind Stella Maris – Eastern Canada’s most versatile seabed technology platform. From creation to launch, Sheila, Bruce, Tom, and Jason take a deep dive into what it takes to build something so intricate, a unique testbed for marine instrumentation, and how important it is to have students in the COVE Internship Program involved in the process.

Bruce MacDougall is a computer engineer, tech entrepreneur, and business leader, and has held several senior positions in the ICT sector, most recently as the Regional Vice President of Rogers Communications. Originally from Quebec, Bruce has an engineering degree from McGill and an MBA from Queen’s.

Tom Knox comes to us from the UK, where he completed an advanced engineering apprenticeship with British Aerospace (BAE) and HNC Electrical engineering at Solent University in Southampton. He launched his own ocean tech start-up EMO Marine Technologies in 2013 that specialized in underwater fibre optic communications.

Jason Hopper has a degree in physics and computer science and began his career at Dalhousie University in the Atmospheric Physics department. There he worked with high-energy atmospheric LIDAR systems to monitor and characterize particular transport both in Halifax and the high Canadian Arctic. He has since moved into cybersecurity R&D, where he leads research on DARPA and IARPA programs.