Ocean Connector: From Idea to Start-Up 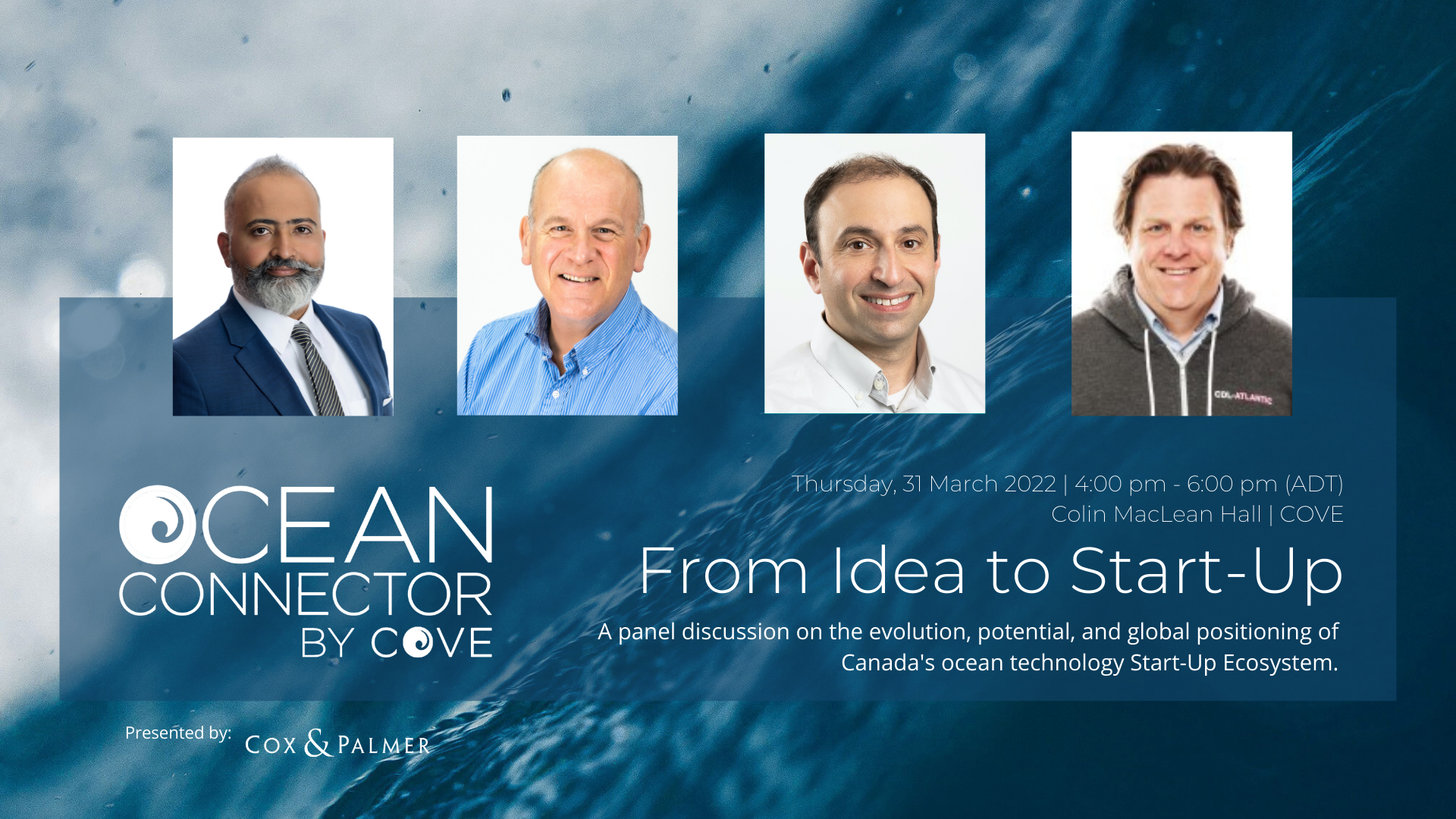 Join us on March 31st in Colin MacLean Hall at COVE for a panel discussion on the evolution, potential, and global positioning of Canada’s ocean technology Start-Up Ecosystem.

Mohammad Ali Raza is a partner with the law firm, Cox & Palmer.  He has diverse geographical and sectoral experience having served clients in the energy industry throughout Asia, Europe and the Middle-East primarily in the role of general counsel with multi-national oil and gas upstream companies.  Mohammad Ali is particularly interested in advising clients on mergers & acquisitions, financings, structuring/restructuring and the development and negotiation of sophisticated contracts for business operations. Through Cox & Palmer’s ocean innovation and renewable energy groups, he delivers legal counsel to clientele in the ocean industry, including project developers in the wind, tidal and offshore wind industries, port operators and ocean technology companies.

Peter Moreira has spent more than 40 years in journalism in Asia, Europe and North America. His postings include London Bureau Chief for The Deal, European banking correspondent for Bloomberg, banking reporter for the South China Morning Post, and a stint at the Canadian Press’s parliamentary bureau in Ottawa. His writing has appeared in USA Today, the Columbia Journalism Review (online), the Globe and Mail, The Toronto Star, National Post, and the Independent on Sunday (London). Peter is a graduate of the Canadian Securities Course.

Jeff Larsen, Site Lead, CDL-AtlanticJeff has entrepreneurial and management experience with new businesses in the energy sector, including as a co-founder of Seaforth Energy, Watts Wind, and Katalyst Wind. He has been on the board of directors of private and TSX-listed public companies and remains active in his community through volunteer efforts. Jeff has served in executive director roles at the Province of Nova Scotia, most recently in the Office of Planning and Priorities and before that in the Investment and Trade division of Economic Development.