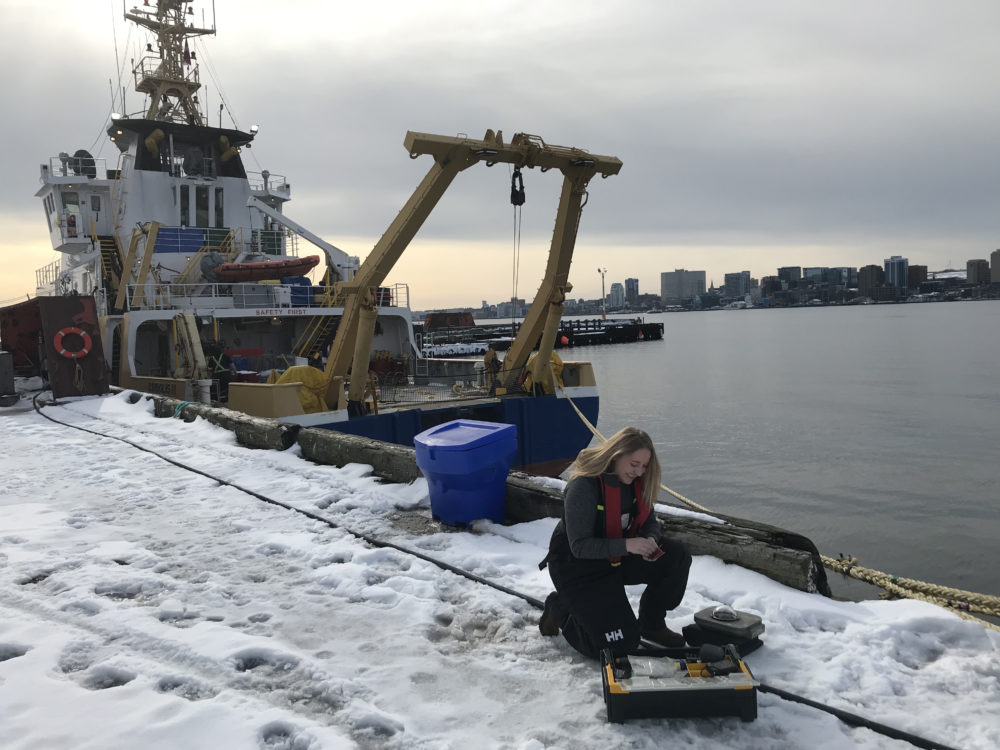 Nova Scotia and the ocean are intrinsically linked. With 13,000 km of coastline, the ocean is our playground, a source of economic opportunity, and for Larissa Pattison, the inspiration that sparked a career.

Originally from Hamilton, Ontario, Larissa first moved to Nova Scotia to pursue a Bachelor of Science from Mount Saint Vincent University. A new passion was discovered while experiencing life on the coast for the first time.

“While completing my undergrad, I fell in love with the ocean,” said Pattison.

It was this newfound love for the ocean, combined with an existing passion for photography, that led Larissa to her next educational pursuit at the Nova Scotia Community College (NSCC).

“I was drawn to the Oceans Technology (OTAD) program at NSCC as it offered an underwater photography class,” said Pattison. “My time in the OTAD program was great, and having access to COVE allowed our class to partake in many fieldwork-related activities giving us valuable experience before entering the workforce.”

After graduating from the OTAD program, Larissa held a few different ocean tech jobs, including moving west to work with JASCO Applied Sciences. Eventually, she returned to Nova Scotia, the province that first inspired her to enter the industry.

Larissa landed a job as an Ocean Imaging Specialist at the Ocean Frontier Institute (OFI), an international hub for ocean research focusing on the North Atlantic Ocean and Canadian Arctic Gateway and is a tenant of COVE.

“The access to water and wharf at COVE is extremely convenient for planning fieldwork, testing equipment and loading/unloading vessels,” said Pattison. “It’s been extremely helpful for OFI as the CEOTR team has a large workshop space as well as a wharf for their vessel, making glider operations easier to execute.”

As both a student and a professional, COVE had been central to Larissa’s ocean tech experience.

It reflects the well-rounded services COVE has to offer: from access to students, internship opportunities, and a collection of leading ocean tech companies generating career opportunities for young professionals.

“It’s a great industry to get into with the amazing opportunities and potential for growth here. Atlantic Canada has many options for study to get into ocean tech,” said Pattison.

Nova Scotia recently crossed the one million population threshold. With all our beautiful province has to offer, it’s no wonder those across Canada and around the world are recognizing the opportunity that lives here.

Similar growth and recognition of what Nova Scotia has to offer are taking place in the ocean tech industry. As Larissa’s story shows, our vast shoreline, academic institutions, and an ecosystem of endless opportunity at COVE have made our province one of the most desirable ocean tech hubs in the world.